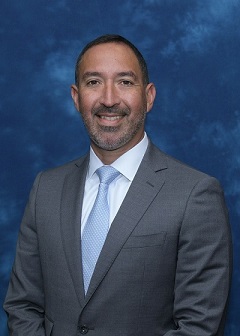 Dr. Botero is a board-certified orthopaedic surgeon specializing in hip and knee replacement. He is committed to providing the most current, successful treatment options that help relieve pain and restore function to his patients.

Dr. Botero received his undergraduate degree from The City University of New York where he graduated cum laude. He then graduated with honors from the New York College of Osteopathic Medicine. During medical school, he was commissioned as an officer in the United States Army following the events of September 11, 2001. Dr. Botero received his orthopaedic surgery training at Brooke Army Medical Center in San Antonio, Texas. His military career continued at Fort Benning, Georgia where he provided orthopaedic surgical care to the Army’s Rangers, Infantry and Armor soldiers and their families. He deployed to Iraq in 2010 as the orthopaedic surgeon with the 21st and the 256th Combat Support Hospitals in support of Operation Iraqi Freedom.

Dr. Botero is a Fellow of the American Academy of Orthopaedic Surgeons. He joined Knoxville Orthopaedic Clinic with great enthusiasm and enjoys sharing his expertise in the field of hip and knee reconstruction and replacement with the greater Knoxville community.

Dr. Botero and his wife Karina, a family medicine physician, have three children. In his leisure time, Dr. Botero enjoys spending time with family and friends and staying active with sports and fitness training. His hobbies include CrossFit, snowboarding, wakeboarding and coaching youth baseball.